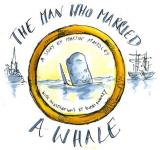 Martin writes original, specially commissioned stories for particular projects and themes, including for several zoos, museums and education projects. He also writes stories through participative workshops with children, facilitating the development of their creative ideas and crafting them into story as an end product. He has recently produced story books with renowned children’s illustrator Thomas Docherty on a project for Local Journeys, and with artist Matt Jeans through an Arts Council funded project for the 2012 Olympics sailing in Weymouth, called The Gathering of the Winds.

Martin has published several short stories based on re-tellings of local legends and folktales. Until recently he wrote a monthly column on British folklore and traditional customs for BBC Countryfile magazine, and continues to write full-length features for them, for example on storytelling and woodlands (see link below). He regularly writes reviews for major periodicals including BBC Wildlife magazine, and is currently contributing to Dorset-based Arkadia magazine.

He is the authour of two published books on children’s outdoor play and environmental activities: Playing on the Wildside and Play, Naturally (co-written with Stuart Lester).